Info on the Book:

Michael Matthews has been in love with Katherine Moore since the second grade. In Michaels mind there is absolutely nothing that will ever be able to keep the two of them apart. The night Michael is set to propose to Katherine the evening is interrupted by an unexpected tragedy that tears the two of them apart for good.
Three years have passed since that fateful night when Katherine, now known as Kate meets Daniel. After an awkward start sparks fly between them. Daniel and Kate fall hard and fast into the most passionate and intense love affair of their lives. In three years a lot can change, Michael knows he made the biggest mistake of his life when he left Katherine and he will do anything to get her back. Asking his best friend Daniel for help is his first step in righting the wrongs he made so many years ago. Unfortunately, neither of them realizes that Michaels long lost love Katherine is Daniel’s true love Kate.
While attending the engagement party of a mutual friend, all of their paths collide. How is Kate supposed to choose between the two men that mean the most to her in the world? Kate has to push past her heartache and put some serious thought into what comes next. One wrong choice and not only could she lose them both but Daniel and Michael may never recover their friendship.

Things Not Found in the Synopsis:

For this book, I’m thinking…

Darling, Coldplay. Yes, I know this song is so OLD! Oh, well. What’s the saying? “Oldie but a Goodie”? Yeah, I think that’s what it is LOL. Anyways, onto the review..

I chose this song for Breaking Kate because I think it suited both Micheal and Daniel’s views on the gorgeous heroine, Kate. All romantic and everything 😉

This book was super sweet. Daniel was such an amazing guy, and I totally found myself doing the whole googly eyes at him…

The chemistry between him and Kate was fun, flirty and sexy, and it kept me on my toes and wanting nothing but the best for them. The book was a tad too much insta-love for me – but that’s totally just a personal preference. Those who know me, know I like my slow build-ups and angst, and this was a tad too ‘perfect’ for me. Too much, too soon, I guess LOL.
Not going to lie, this book completely threw me!

I totally thought this was going to be one hell of a love triangle, but to my surprise it actually wasn’t. Instead, it was kind of refreshing in the sense, that it’s a story about two men and a woman trying to get past their struggles and overcome their issues. Kate and Daniels relationship was told in a way that was filled with sugar, spice and everything nice. It demonstrated the power of their attraction and the healing it provided to both of their broken hearts. I was surprised to find myself rooting for them, even though I was introduced to Michael first and I thought I’d developed an attachment to him.
Though, what’s the advice? Something about the best way to get over a guy is to shag his best friend… well …. I never thought I’d find myself actually agreeing LOL. But yet, here I am 😉
Anyways, overall, it was a really cute read. The dialogue was a tad too long at times for my taste, but I was still engaged and wanted to know the outcome of how everything would turn out! Though, let me tell you… that ending….ohhhhhh that ending. It’s a doozy.

We only talked a few days ago about the possibility of me putting myself out there again and he’s presumptuous enough to think he can fix me up on my first date in ages? Of course he is; he’s Connor fucking Houston. As pissed off as I am, I have to admit a bit of morbid curiosity as to who it might be.
Over the past year, I have heard all about his best friends Daniel, Jake, Mike, and April. I have yet to meet any of them in person, although I sort of feel like I already know them from Connor’s stories. Connor Houston is HOT! Scott Eastwood hot. Melt in your mouth hot. ‘Yes, you can fuck me right here, right now, in this room full of people just because you looked at me with come fuck me eyes and I don’t even know your name’ kind of hot. I can only begin to imagine what his friends look like.
Jess glares at me and I know I overstepped—she’s upset. “Kate, I’m going to try and ignore the fact that you basically just called me superficial because you and I both know that nothing could be further from the truth. I met the guy two seconds ago and he is HOT, and you, my friend, need to get laid. You haven’t had a relationship in over three years. I want to see you happy. I want to go on double dates. I want to swap sex stories with someone who is actually getting some, but most of all, I want to see that sparkle that has been missing from your gorgeous eyes for the last three years. I know how broken you’ve been, and you have every right to grieve your losses, but it’s time to move on. My god, Katie Grace, you met the man all of ten minutes ago and have already decided he’s a jerk. Maybe he’s nervous. If I were you, I would give it an open mind and see where it goes. If it’s awful, well, you wasted a night. But if he’s great? God, Kate, if he’s great maybe you can be happy again. Besides, I don’t think Connor would set you up with a jerk. He’s way too over protective of you to put you in that kind of situation. When they come back, I’m going to ask Connor to show me around and you need to play nice with Daniel, if for no other reason than to do me a favor. Can you please do that for me?”
His lips are almost brushing against mine, so close I can feel his breath caress my lips… it’s intoxicating. Daniel places one hand on the back of my head, pulling me forward to close the small gap between us as his perfect lips meet mine for a gentle, yet utterly heart-stopping kiss. This is the first kiss fairytales are spun from. My heartbeat is still rapid, my pulse is still racing, and I can’t for the life of me figure out why I have waited so long to find him. This man was obviously made just for me. Daniel stops kissing me, resting his forehead against mine.
I reach up and run my fingers through his hair, and I feel him suck in his breath as he slowly he moves his lips to mine. Gently kissing me, he parts my lips with his tongue, making his way into my mouth. When his tongue caresses mine I feel butterflies in my stomach. What the hell? The feeling is exceptional; it’s unlike anything I’ve ever felt before. I’m lost in it and to it.

FACEBOOK / GOODREADS / TWITTER / WEBSITE / PINTEREST
I’m a wife, a mom and a dog lover. I’m also a taxi, problem fixer, extreme multi-tasker and my kids biggest fan in anything that they do. I love to write, so when my career suddenly derailed I turned back to my love of writing. I married my high school sweetheart… how cool is that? Margaritas and sarcasm make me happy. Chocolate makes that happiness grow exponentially. People who make me laugh are my favorite kind of people. I believe Karma is a bitch who slaps back hard and that mean people suck. I’m California born and raised, I love the beach but hate the sand. Breaking Kate is my first novel and is part of The Acceptance Series.

a Rafflecopter giveaway
Hosted by: 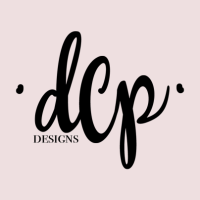 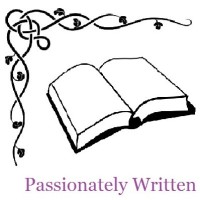 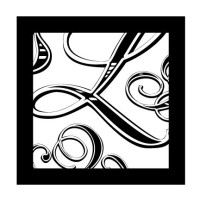 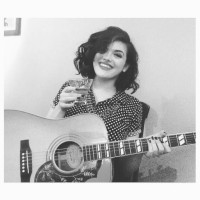